A  superb, hour-long discussion with Commodity Legend, Jeff Currie. This episode sheds light on the politics and market issues facing the investment community in committing fully to renewable energy technologies. Jeff's commentary helps listeners understand the difficulties in pricing carbon, and why a carbon price is crucial to advancing ESG standards. He delves into the role governments and policy plays in establishing rules for carbon emissions, and helping the market discover a price for emitting carbon into our environment. Jeff focuses our attention on the reality that, to properly incentivise investment in renewable energy technologies, the first step is a clear  mechanism to price carbon.

Jeff Currie is the global head of Commodities Research in the Global Investment Research (GIR) Division. He is responsible for conducting research on commodity market dynamics in the context of corporate risk management programs, short- and long-term commodity investment strategies and asset allocation.

Jeff is also a member of the Growth Markets Executive Committee. Jeff was European co-head of Economics, Commodities and Strategy Research from 2010 to 2012.

He was based in London from 2003 until 2012, when he moved to New York. He has since returned to London. Over the years, the commodities research team has consistently been ranked number one under Jeff's direction and in 2011 he was named the CNBC Analyst of the Year by City A.M.

Jeff joined Goldman Sachs in 1996 and was named managing director in 2002 and partner in 2008. Prior to joining the firm, Jeff taught undergraduate and graduate level courses in microeconomics and econometrics at The University of Chicago and served as the associate editor of Resource and Energy Economics.

Jeff also worked as a consulting economist, specializing in energy and other microeconomic issues, at Ernst and Young, LLP and Economic Insight, Inc. In addition, he has advised numerous government agencies in the United States, the European Union and Russia.

Jeff earned a PhD in Economics from The University of Chicago in 1996.

What to listen for: 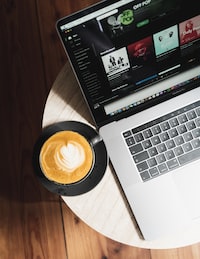 Get it on Spotify

Get it on Apple Podcast

Get it on PodBean

Get it on Google Podcast

Susan Sakmar, Former Chair of The Jane Goodall Institute and Author of ‘Energy for the 21st-Century’

Javier Blas and Jack Farchy: Episode 31 I An Emerging Framework for the 22nd-Century

Two-Part Series - Robert Friedland: What will it take to Green the Global Economy?

ESG Mini-Series: Bill Pazos on The future of carbon markets