A Review of Capitalism
Reconstruction of the Fable
Featuring David Goodis, Assistant Privacy Commissioner of the Government of Ontario; Michael Krygier, Former Deputy CISO and Head of Urban Technology at the City of New York and Shawn Slack, CIO of the City of Mississauga
“A city is not gauged by its length and width, but by the broadness of its vision and the height of its dreams.” – Herb Caen

Our emerging generations; the vast majority of who will build their lives in increasingly crowded, chaotic and competitive cities, are hungering for a clear and common sense of purpose, but can we offer them one? From ecological exigency to ongoing and intolerable community inequality; to questions of privacy in an ever-connected world, we have reached a critical point in human history; a state of emergency that requires immediate and collective action.

In the private sector, every successful company has matured into a technology-centric organization; and inevitably, every propitious city will be compelled to embark upon a similar evolutionary trajectory.  Several of the world’s greatest municipalities are already leveraging urban innovation to build more open, equitable and prosperous communities and technology is rapidly becoming one of the best tools municipal leaders have to inherently improve the quality of life for all of its citizens.

Can the urban economy be reconstructed to serve the future of all of humanity; and not just a select few? Can we finally reconcile growth with equality; profits with people; privacy with security and economics with the environment?

We recently sat down with David Goodis, Assistant Privacy Commissioner of the Government of Ontario; Michael Krygier, Former Deputy CISO and Head of Urban Technology at the City of New York and Shawn Slack, CIO of the City of Mississauga to gain some preliminary insight into these challenging questions.

As people’s lives become more digital, the city of the future will in itself become much more digital, with new infrastructure built-in code, using data, and devices.

The future leaders of such a city will need to be technologists, as cities themselves become more of a collection of resident, visitor/business identities, smart buildings, sensors, facial recognition and biometric systems, unmanned and autonomous aerial vehicles, maintenance robots and autonomous vehicles which will transform not only how residents and business live and work in a city but also how the city itself provides services. The successful digital transformation of a city will be a key test of which cities will be best placed to compete in the 22nd century.

The next generation will primarily access city services through virtual assistants and augmented reality apps. City managers will be assisted by a City Operating System that will emerge to combine the software, big data, and devices from all departments with machine learning, and artificial intelligence, to enable streamlined data-driven decision-making. In the future building a new city will be simplified, with all the software and solutions needed coming from an orchestrated cloud marketplace that provides a digital city-in-a-box platform.

Interacting with a city will also be further simplified as cities will publish more modern apps, as well as open APIs, both will provide transparency and will allow residents and the private sector to collaborate and innovate on how city services are delivered. The city of the future will also be much more automated leading to a change in the numbers and skill sets of workers in government.

As the borders of major metropolises grow and consume the suburbs, future cities will also need to inter-operate more seamlessly with each other or even more fully integrate services.

I also expect governments will continue to have complex relationships with private enterprises who will in many ways continue to have more data and a better understanding of the residents of a municipality than city staff or its leaders. By whom and how that data is used will hopefully be settled by then with the private sector responsibly gathering and providing cities access to data and each resident having a “privacy management app” that gives them control over how their data is used by both the private sector and government.

How can municipal governments, private enterprise, and big technology collaborate to ensure the utopian ideals of open government are actualized while simultaneously respecting the privacy of its citizens?

While many cities are still preparing for a future where privacy and security are reconciled, some cities have already chosen to maximize security at the expense of privacy, while others have slowed innovation through well-intentioned but often overly restrictive privacy approaches.

As the former Deputy CISO for Urban Technology at the City of New York, I sought to balance privacy and security when I worked to launch the NYC Secure initiative, which was a first of its kind program to give New Yorkers free access to commercial-grade cybersecurity tools, without the privacy tradeoffs that often come with free solutions. The NYC Secure mobile app was specially built for New York City to be able to detect cybersecurity issues without gathering personally identifiable information.

As municipal governments and their agencies continue to adopt cloud services the tools to achieve the ideals of open government will become more readily available. Government services that are migrated to the cloud and which become modern code can be open-sourced and can be made available for inspection by citizens while also further fostering civic engagement through allowing the public to contribute back improvements.

DAVID GOODIS, Assistant Privacy Commissioner at the Government of Ontario

The IPC plays an important role in ensuring that urban innovation can be achieved while respecting privacy. Our role extends beyond the independent review of governments’ privacy and access compliance. The IPC’s mandate includes conducting research and commenting on the privacy implications of government initiatives. In that role, we regularly engage with stakeholders to explore new or innovative uses of data and potential privacy risks. Privacy is not a barrier to urban innovation.

Risk intolerance can stifle innovation. A major contributor to the perception of risk is uncertainty regarding legal compliance. Government organizations are able to innovate with greater confidence after engaging with our office.  To keep pace with innovation, the IPC has also repeatedly called for the modernization of our out-dated legal framework.

Do you feel that by building a robust privacy regulatory environment, Ontario can stimulate economic growth in a technology industry ever-increasingly scrutinized for its lack of ethical gravitas and exploitation of personal information? How so?

Technology is collecting and generating data at an astonishing rate. This data could include personal information, introducing privacy and other risks. At the same time, there is clearly a demand for access to data from a range of players – be it for evidence-based decision-making or the development of innovative solutions to urban challenges. We recognize technology has the potential to unlock many benefits for communities and enable governments to deliver services more effectively.

However, Ontario needs a modern legislative framework that will ensure privacy-protective, transparent, accountable and ethical data practices are at the forefront of these complex data projects. This includes independent oversight of information practices. Such a framework is essential to stimulating economic growth and limiting the exploitation of personal information because it will help ensure public trust and confidence in the organizations that collect, use and disclose personal information.

To function effectively and foster economic growth, organizations need to understand their roles and responsibilities under applicable privacy laws. This is particularly challenging in smart cities given the complex nature of public-private partnerships. Clarifying this issue would reduce regulatory uncertainty, strengthen privacy protections, and foster innovative partnerships between diverse types of organizations.

How is the City of Mississauga leveraging digital innovation to improve the quality of life of its citizens?

The City of Mississauga has been considered a Smart City for quite some time. In the IT Master Plan endorsed by Council in 2015, we formally acknowledged this definition and provided some direction and key actions to advance our Smart City vision. The Smart City Master Plan was planned and initiated in conjunction with the Smart Cities Challenge announced by the Federal Government as we recognize the need for broader public consultation and a strong set of goals and vision for the future.

One of the important issues that we needed to better understand and address is digital, data and privacy in the public realm. Early on in the development of the Smart City Master Plan, our City Manager Janice Baker asked me what the difference was between Information Technology and a “Smart City”? This was a fundamental question for me and really helped me understand how important it is to engage the public in the digital transformation that is happening in public spaces. Historically speaking, IT was traditionally back office, online forms, and websites in a municipal domain. Today Smart City is about digital engagement in public spaces, sensors and advanced technology such as Artificial Intelligence, Augmented Reality and the need to address Data and Privacy head-on.

Digital Literacy, Digital Inclusion, and Accessibility are fundamental principles of the Smart City Master Plan; a Smart City for everyone. We have many initiatives that focus specifically on Digital Inclusion such as free public Wi-Fi, laptop loaner program and partnering with organizations like UTM, Sheridan and the private sector to deliver great events like our annual Tech and the City program.

In general, would you say that cities are prepared for a future that must embrace the reconciliation of growth and equality?

This is an interesting issue and was central to the Smart City Master Plan and our submission for the Smart Cities Challenge that focused on Social and Economic Resilience.

I think Smart City is as disruptive to City building as Uber has been to the Taxi industry. I think many cities struggle with how to introduce digital into the public realm. Public-private sector partnerships will be challenging to cities where data has become central to business models based on the monetization of data as the primary revenue and ROI.

Cities that lead, which put in place oversight, governance and change to adapt to this new reality will be prepared. The Smart City Master Plan, endorsed by our Council is exactly what needs to happen to create the right posture, consultation, public engagement and innovation to drive change that is successful because it solves real problems in the community; problems like affordable housing, digital inclusion and making services accessible. Success is not the introduction of technology; success is improving the quality of life by leveraging technology in a responsible and transparent way. 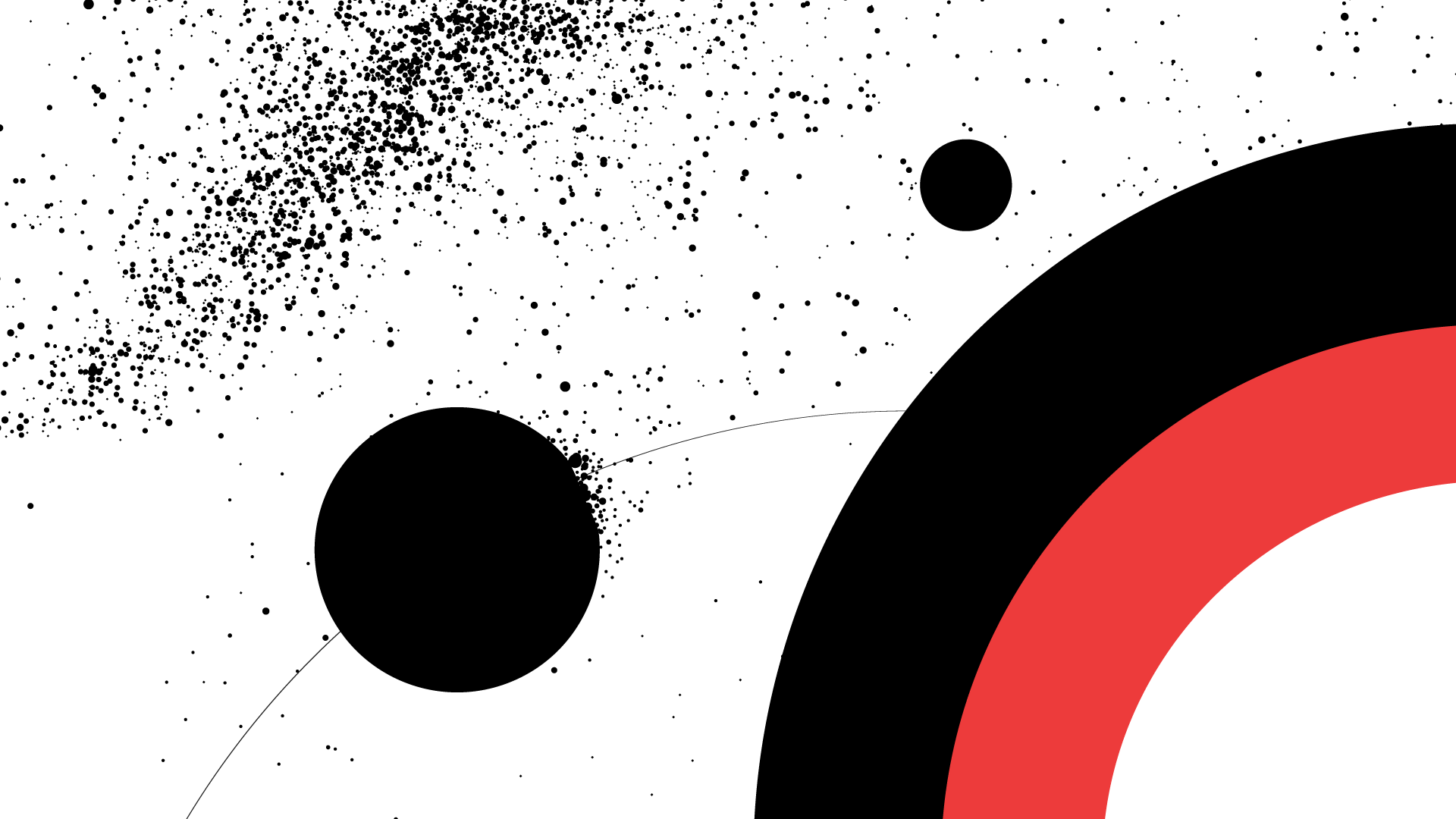